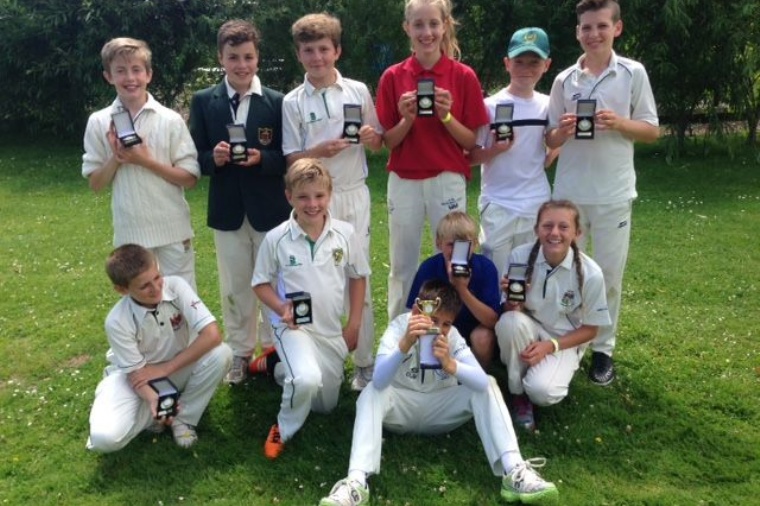 It has been a particularly successful season for our U13 cricketers, with 3 big wins to celebrate this season.

The Year 7 cricket team became District champions, winning the Aldershot and Farnham District Cup on Monday 4th July. They beat Salesian College in an incredibly tight match which they finally edged by 2 runs.

Year 7 boys went to the Ageas Bowl to play in the Lord Taverners indoor cricket tournament. Winning through 4 rounds, they reached the final to face Priestlands School who posted an impressive 108 runs. The boys dealt with the pressure superbly and won in the last over.

Cricketing success continued when the Year 7 / 8 cricket team won their semi-final in the Hampshire plate competition against Perins. They were victors by 27 runs and faced Connaught in the Final on Monday at Tichborne Park Cricket Club. They set Connaught 124 runs to win – but managed to bowl them out with 26 runs to spare.