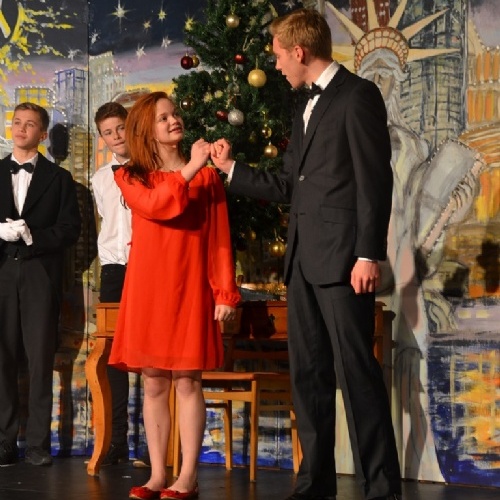 On the 18, 19 and 20 March Eggar’s School performed the well-known musical Annie which follows the adventures and heartache of this little orphan as she attempts to find her parents. We had three sell out nights and the students did themselves proud. Teigan Valder presented Annie in a loveable yet feisty way and Oscar Mosley carefully contrasted the hard-headed businessman of Oliver Warbucks with the sensitive and loving side that wants to adopt Annie. The band was made up entirely of students and once again wowed the audience.

The show has been described by all who saw it as highly professional – ‘we forgot we were watching a school show’ a number of audience members said.  On two out of the three nights the cast and band received a standing ovation. A huge congratulations to the cast, band and crew involved in this production; it was a true highlight of the year and all should be incredibly proud of themselves.