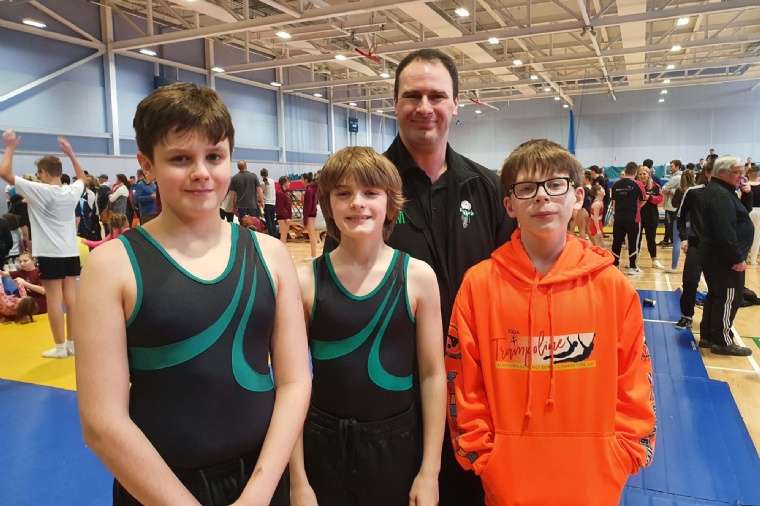 Zaki, Ethan and Alex all competed as a team in the National Trampoline Finals which were held  back in March in Eastleigh.

They had had a late call up as the highest scoring runners up at the South East Trampolining Championships in January and they were keen to compete. The boys performed a great first set of compulsory routines but an error in the voluntary routines left them just outside the medals this year. However they've had a great season and are clearly all incredibly talented!

Zaki also performed in the Year 7-9 Boys Intermediate individual competition. To get to it he also had to qualify from two previous competitions. He can now officially say he is ranked 7th in the country!

Congratulations to all the boys!