Two football tournaments involving local Primary Schools took place on consecutive Thursdays in the last week of January and the first week in February.  These have become really popular annual events and both tournaments took place at Alton Football Club's ground, provided free of charge to the schools. As ever, both competitions were brilliantly organised by Leo Maliphant.

First up were the girls! Eleven schools took part and despite the weather not being the best, over 100 girls thoroughly enjoyed themselves,  playing  good spirited football with beaming smiles on their faces! Our Sports Leaders were on hand with support, skill and refereeing talent. They were so enthusiastic and a credit to the school.

Selborne won the tournament, with Medstead 1 coming in 2nd and Rowledge, 3rd. Congratulations to everyone who took part. 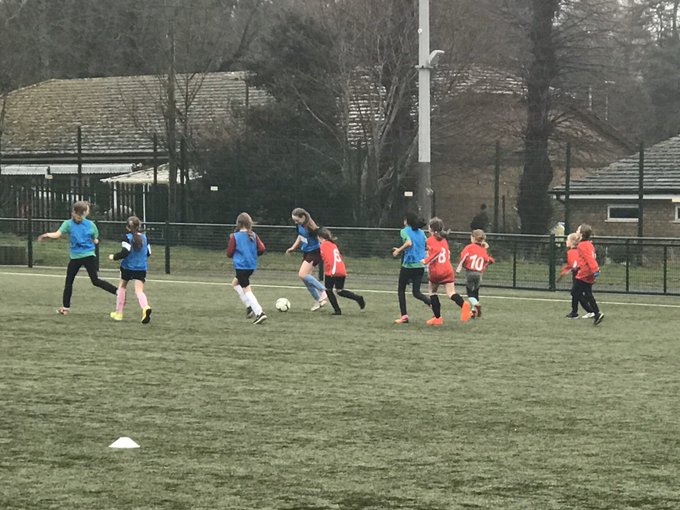 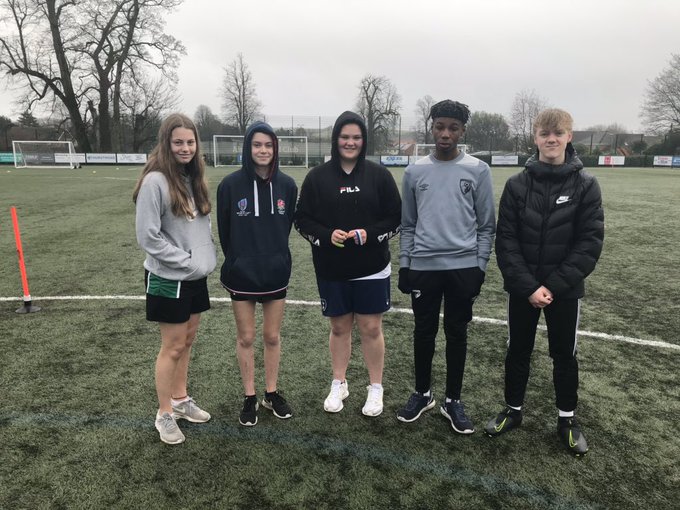 Above: Our lovely Sports Leaders

This week it was the turn of the boys and there was a record-breaking number of players taking part from sixteen schools! Unlike the girls' tournament, the weather was  kind to the boys and games were played in bright winter sunshine. It was another amazing afternoon of great enthusiasm and energy with 4 different 'trophies' to play for.

However everyone agreed it was just a fabulous event to be a part of and we look forward to doing it all over again next year!