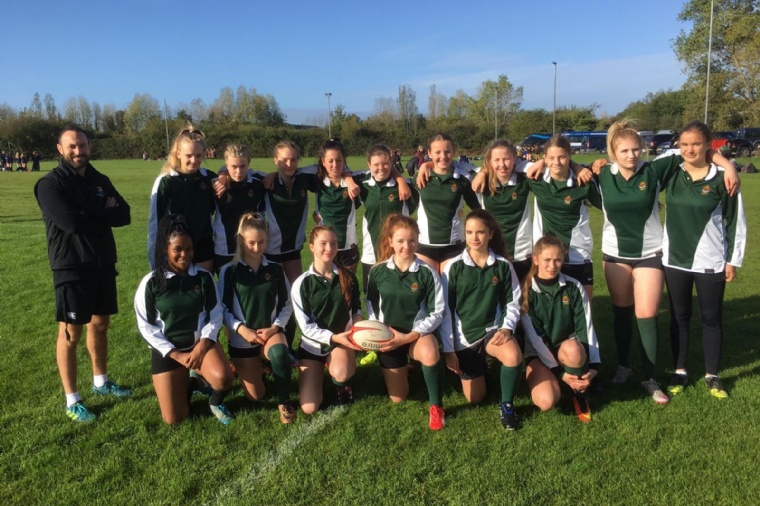 We had a massive turnout for the Year 9 and 10 girls Hampshire Schools Rugby Festival. 16 girls from both years filled the large mini bus and made their way to Southampton Rugby Football Club to play against several other Hampshire secondary schools.

Of the 16 girls, only 5 had previously played a competitive game. However, all played with confidence, displaying good technique and an eagerness to win. Unfortunately the girls only saw the one win and a draw, but all were winners at the end of the day, leaving the ground with smiles and wearing their battle scratches with pride.

Tries came from Kaitlyn and Jodie  with 2 each, and Morgan with another. There were many stand out players, but far too many to name!  All the girls got stuck in and played with enthusiasm and determination.