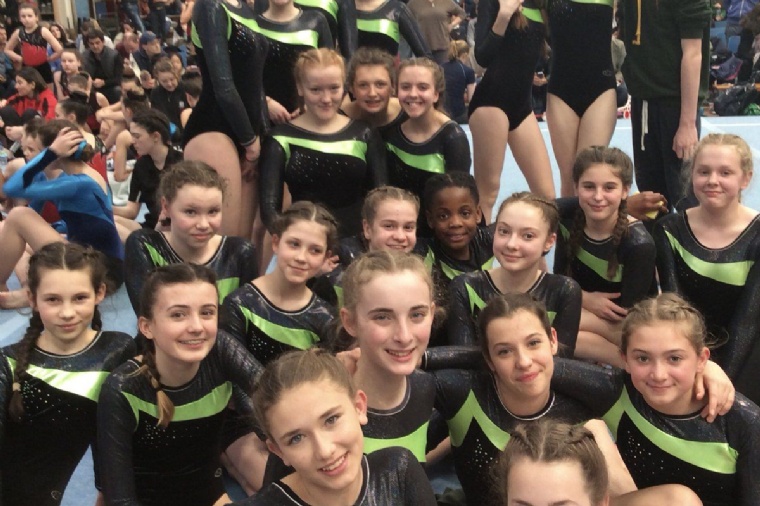 The British Schools Gymnastics Association Southern Region Schools Acrobatics and Tumbling Competition recently took place at Southampton Gymnastics Club. Mrs Jones  took a large squad and she was delighted by all the performances:

"All the gymnasts performed fantastic routines and had worked hard for months  in preparation. For many of the gymnasts it was their first competition and they all showed huge potential for next year. The whole group were so supportive of each other and it has been a complete pleasure to work with these gymnasts and to be with them on the day to celebrate their hard work and dedication!"

We arrived at Redbridge Gymnastics Centre for 9 o’clock. All the gymnasts were given a warm up slot and there was a practice gym for all competitors to use during the day. To start off the competition the gymnasts had a march into the arena. It was nerve-racking but all the spectators were clapping and cheering us on.

When we weren’t competing or practising there were lots of routines to watch. There were plenty of snacks and drinks available for gymnasts and supporters to purchase throughout the day. It was a really fun, enjoyable day and I can’t wait to go again next year!

Here are the full results!

Under 14s Tumbling: 1st (Patrick Page- will go on to represent the southern region at the national finals)