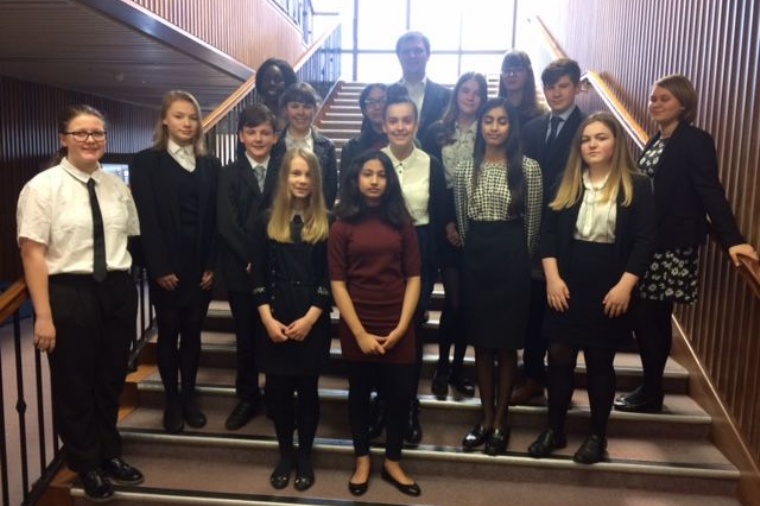 A team of 14 students from Years 8 and 9 took part in the Winchester Magistrates’ Mock Trial competition on Saturday 10 March.  The competition gives students the chance to experience the drama of the court room first hand. They work in teams to prepare their case and then battle it out in a real court room in front of a real judge.

We competed against other schools from the Surrey/Hampshire borders in a mock scenario that tested our analytical skills and strength of argument, acting skills and ability to think on our feet under pressure.

Imaan Khan (with help from Hope Pattenden, Lillie Ewins and Rebecca Hannan ) has given her thoughts on the process and the day.

"It all started a while ago, when some of my peers and I decided to audition for the Mock Trials Competition.

We were nervous. For this audition we had to explain why we thought we were the best people to take part in the competition. Eventually the final team was selected. It consisted of 4 lawyers, 4 witnesses, 3 magistrates, an usher and a legal advisor. Rehearsals took place every Monday after school and we were very excited!

On the day we were involved in 2 trials: The prosecution against one school and the defence against another. The whole day took place at the Winchester Crown Courts. It was a really interesting experience."

Pictured in the photo: