Eggar’s was delighted to once again support the Alton Area Junior Schools' Swimming Gala which took place on January 16. This annual event at Alton Sports Centre was an incredibly inspirational…and noisy afternoon! Over 175 swimmers competed from 11 local primary schools, and they were supported by over 100 friends, parents and grandparents who cheered them on from the balcony.

Eggar’s was delighted to provide swimming caps for every swimmer and a team of 10 Sports Leaders who did an excellent job of keeping score, judging places at the finish line and, above all, providing great support and care of the young swimmers. They were fantastic ambassadors of the school and very smartly presented in their black and green sports kit. 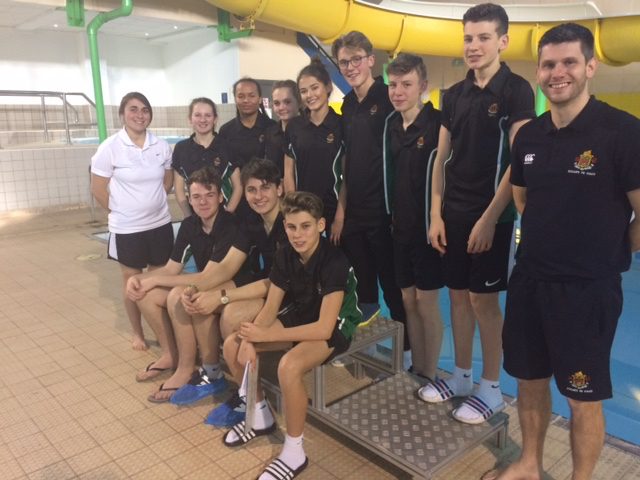 A parent from Binsted spoke of the impact that the gala has had on her daughter Holly. She swam in the gala 2 years ago for the first time.  Back then she could only swim breaststroke.  Following that first gala, her daughter decided to take lessons to develop other strokes.  Last year she entered the school gala and could swim 25 metre front crawl in just over 1 minute.  She then joined a competitve club, now in Year 6, she has been swimming for Alton & District swim club and can do 25 metre front crawl in just under 20 seconds!  She's training 5 hours per week, and swimming in club team events inluding the National Arena League!