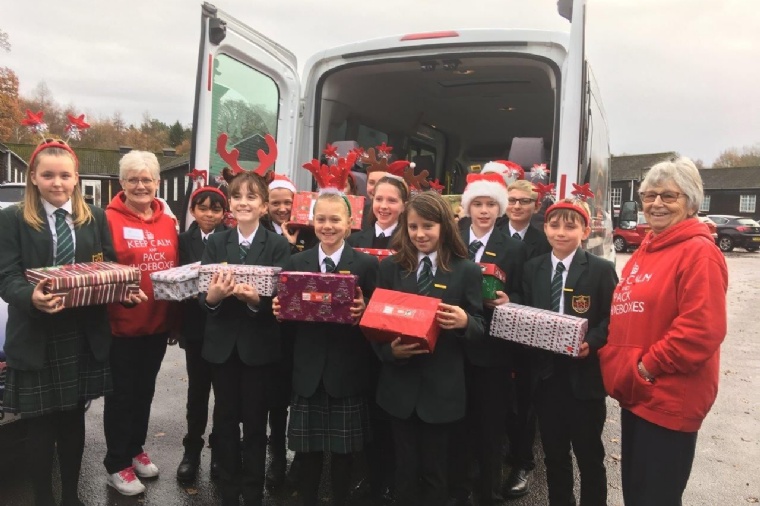 Over the last two weeks, toys, sweets and school supplies have been collected and carefully packed into shoe boxes. Operation Christmas Child 2017 had started! The boxes are delivered to needy children around the world in December - but not before they are beautifully wrapped in festive paper.  The final stage was completed last Friday when a group of Year 7 charity reps took the boxes  to the Operation's collection depot in Aldershot. The mini bus was full! In total 131 boxes were delivered which is the most we've ever sent. A fantatstic effort.

The students also had time to look round  the depot and to check a couple of shoe boxes each to ensure they had the correct contents. They really enjoyed the trip and it certainly brought the campaign to life for them.

Throughout the campaign there was some friendly ‘House’ rivalry between Spenser, Austen and Monty as to which House would produce the most boxes. And for the second year running, the clear winner was … Monty with 56 boxes. Spenser was 2nd with 41 boxes and Austen  3rd with 34.   I

Well done to everyone who took part! 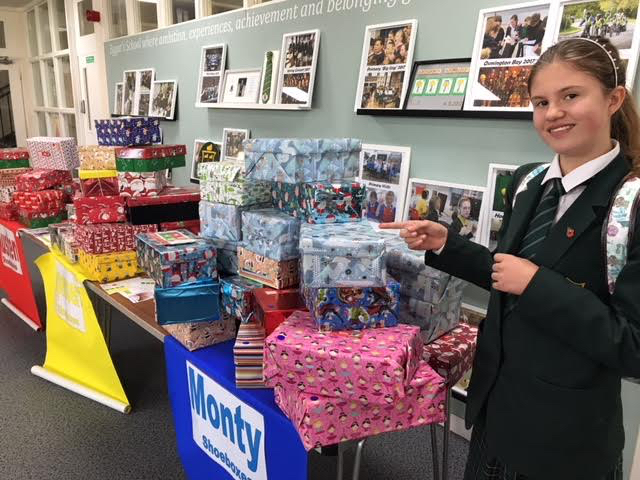