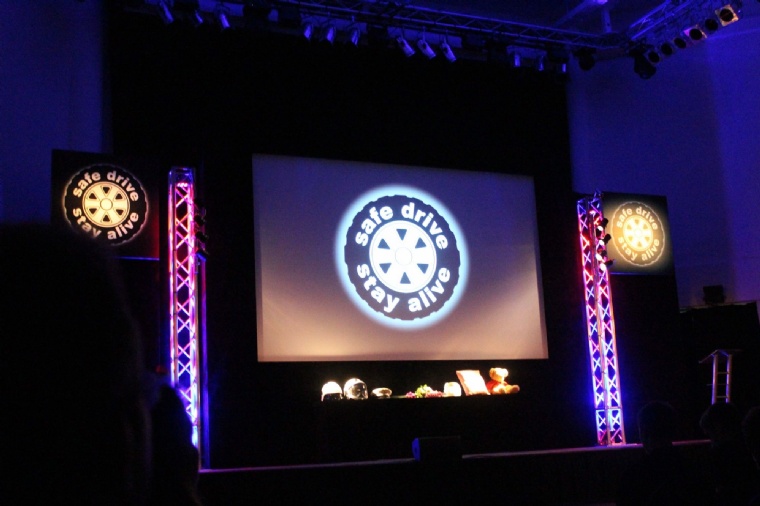 Now in its 11th year, the Safe Drive Stay Alive campaign reaches new and pre-drivers in an emotive and hard-hitting way, influencing behaviour and attitude on the roads. The campaign tours across Hampshire and the Thames Valley and Year 11 attended the Southampton event last week. This is how the day affected two members of the group.

"Safe Drive Stay Alive was excellent. The speeches in between each part of the video were really effective and I think the message got to everyone emotionally and mentally. When I was told that the events were real at the beginning, I knew it was going to be  very serious. During the performance, I couldn’t believe the stories were real - they were so horrific. However, this was a good thing. They made us all really focus our thoughts. Personally, I wondered whether I should learn to drive or not.  If I did, what kind of driver will I be? The distracted driver or the calm and collected one? By the end of the event, the stories about families and couples being in life threatening and life changing accidents really affected me. That's when I questioned whether I want to be a driver at all.

However it also taught us how to be safe while driving. There was advice like 'don’t be distracted' and 'stick to the speed limit'. I think the story that struck me the most was Miss Hey's. It was such a powerful speech I almost broke down.

Before this event, I was really excited about learning to drive and getting into the real world. But afterwards I felt I had changed. So did lots of the group.  Most of us were really emotional and this was a result of knowing what happens when you don't drive safely. We all got the message of Safe Drive Stay Alive".

"Safe Drive Stay Alive delivered a powerful message about road safety and how it can affect you and the people around you. The event featured a film about a car crash involving a group of close friends, with intervals where someone who had been affected by a road accident came to the stage and shared their story. These people included servicemen, such as police and firemen, and other victims of road accidents. One of the most powerful presentations was delivered by Mrs. Hey, who bravely told us the story of her son Josh, who died tragically when he was only 20 in a car accident. It really taught us about the dangers and consequences of dangerous driving".

Thank you to the school for organising this important trip and thank you to Mrs. Hey for sharing her story".