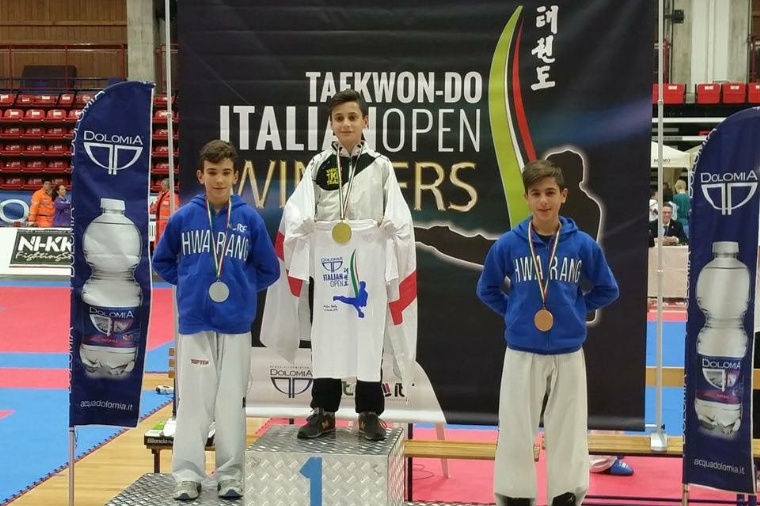 International taekwondo star in the making

Cian Hosking started Taekwondo in 2010. He is part of the elite Vision TKD England squad and trains four times a week. In June he achieved a black belt at the age of 13 and immediately began international competition.

In October he competed in his first event as a black belt in the World Cup in Budapest. Cian was defeated by the eventual gold medalist from Spain in patterns and had a very tough draw in sparring. No medals were won but Cian took away a wealth of experience.

He competed in Birmingham for a place on the national squad for next year’s European and World Championships. Despite being the youngest, smallest and lightest competitor, Cian had a great competition and will take part in the second phase in February.

He competed in the Italian Open Championships in November this year, travelling as part of Team Vision TKD England with his coaches Mr Adams and Master Lear. He achieved a silver medal in patterns, losing out to the Spanish again – but only by a single point. Infact he gave such a good performance that the Spanish national coach made a point of talking to him after the competition.

Cian remained focused for the rest of the competition and with his powerful side kicks, he dominated a tough sparring competition and achieved a well-deserved gold medal!

He dreams of taking part in the World Championships in Ireland next year with all his family around him – an ambition we think he is very likely to achieve.